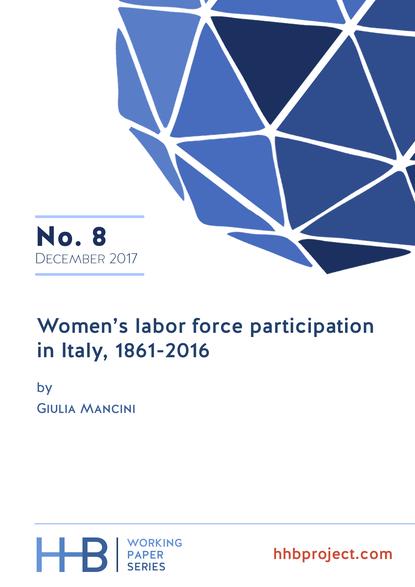 The economic history of women in Italy is still very much in its infancy. Not only there are few quantitative historical interpretations that explicitly include women, but there is also close to no evidence on many key variables describing women’s evolving economic role, wellbeing, and inequality relative to men throughout the country’s history. This paper takes the first step toward filling this gap: it builds a new time series of female labor force participation for post-Unification Italy, that adjusts census-based estimates using both aggregate and micro-data from alternative sources, including historical household budget surveys. Women’s work before the Second World War was more pervasive than previously thought, and female labor supply has a decidedly asymmetric U-shape throughout Italy’s history. These findings prompt new questions on the consequences of economic development on women’s wellbeing in Italy.