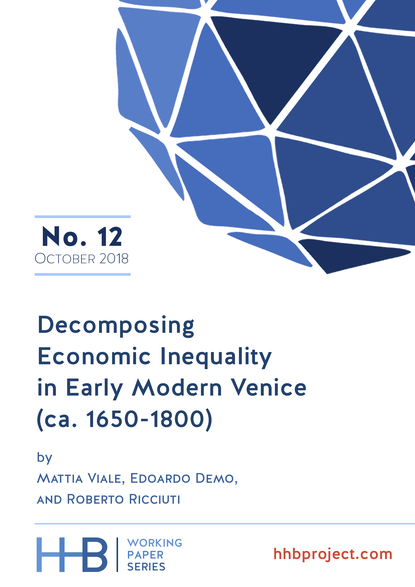 This article analyses trends in economic inequalities in Venice between the seventeenth and the eighteenth centuries. Based on largely unpublished archive sources, changes in income and consumption inequalities have been studied, while the bootstrap method was used to determine if these changes are statistically significant. The households studied were divided into subgroups to better understand the dynamics between and within the different population components. We show that changes in consumption inequality are significant, whereas those relating to income inequality are not. We argue that this is due to the inability of the economy to generate wealth, whereas families were better able to face the major structural changes in the European economy in the last two centuries of the early modern period.